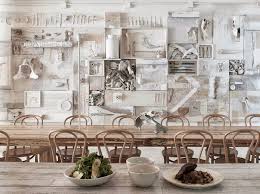 The restaurant’s menu seem to be the main motivation for the animal skeletal décor, and such menu included unusual components like bone marrow. The approach on the design includes the creation of a double skin, and on the exterior of the walls are some artistic designs of handmade ceramic tiles with lots of graphical arts that protects the skin layer within. The exterior décor has a rich organic texture. When a visitor enters the restaurant for the first time, he sees a suspended bone on a chain at the entrance, and on getting into the inner confinement one can notice that every vertical square is covered with animal skin , and over 10,000 collected animal bones.

The decoration of the Mexican restaurant was inspired by the Darwinian concept where a patchy layer of white paint is used in washing the exposed brick walls in the interior, and animal skulls were used in decorating the ceiling. The cooking utensils comprise of bone fragments and anatomical inscriptions and drawings. The white and grey colour palette used in designing all the ornaments in this restaurant even makes the interior more stunning.  At the foot of the white staircase are some animal specimens that make the restaurant appears like a museum.

Underneath the sideboards of the restaurants are some pieces of collected leg bones that are piled into some white-coloured buckets, and these have taken place from the traditional center-pieces usually found in restaurants.  Visitors are welcomed to the inviting wooden café chairs that are neatly positioned around a long wooden table which adorns the tiered floor. White rods of small bulbs protrude through the holes in the table to form an umbrella-like stand just like the trunk of a dead tree.

In the restaurant’s main kitchen, customers’ orders are normally kept between the broken ribs of a skeletal cast, while the bathroom has concrete wall covered with white tiles and animal skulls. The horned animal skulls adorn the toilet like a hung piece of trophy. The culinary concept of this restaurant was provided by the famous Mexican designer- Alfonso Cadena, while the Concept and Art directions were provided by Ignacio Cadena. The Ceramics were provided Jose Noe Suro, while the Graphic designs were supplied by Rocio Serna.

The Hueso restaurant has brought some unique experience especially to the Mexican hospitality industry and it is believed that lots of hotels , restaurants and other architectural masterpieces will definitely want to try some inspirational décor to their design. 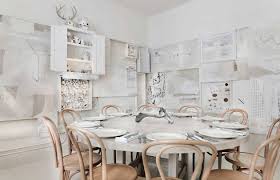 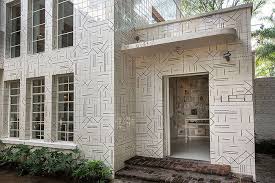 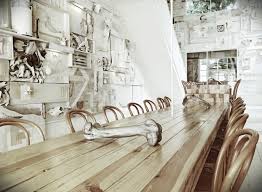 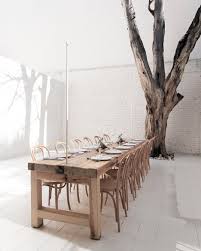 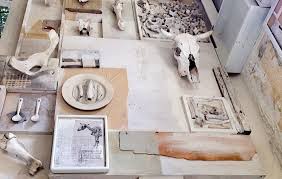 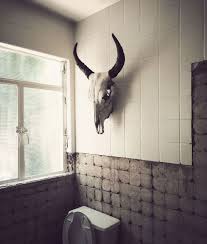 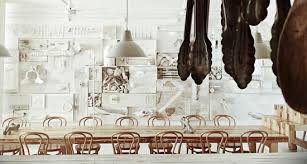